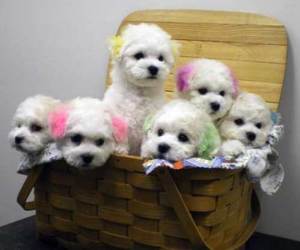 I dream of words as an ice cube dreams of Antarctica. This morning I awoke dreaming of the word quidnunc. (My spell-checker exclaims, “WTF!”) Without looking it up I’m going to say it means “busybody.” Shirley T., the member of my wife’s sewing group who wouldn’t look at me on Wednesday evening, is by general agreement among the church ladies a quidnunc. The mother of Mr. Bubbles, the overpampered bichon frise (spell-checker twice corrects “frise” to “fries”) in our neighborhood, is also a quidnunc. Now I open the dictionary, which informs that quidnunc is an early 18th-century adaptation of the Latin quid nunc? or “what now?” Today considered archaic, quidnunc is defined as “An inquisitive person; a gossip; a newsmonger.”

Maybe I was dreaming in preparation for the SAT. My mind quizzes me as I slumber. Do I also do algebraic equations? I recall the word being displayed in white block letters; I don’t recall a context: it’s not as though a quidnunc became Queens borough president or yielded in the eighth to the Royals submarining righty reliever Dan Quisenberry (1953-1998).

Today’s quidnunc was just a quirk.

A philosopher’s comeuppance: I’ve also found myself thinking about a former friend, a philosopher who espoused suspicions about the digital world. Around 15 years ago, when I first got caller I.D., she said it seemed unfair that I should know who was calling. If that logic held, then we would also have to remove peepholes from doors. She let it be known more than once that she disliked answering e-mail; a real reply required her sitting at a desk with pen and paper. She often expressed apprehension about having aspects of her identity spread across the Internet, where the government, at least, could find out things.

(She liked to be in control, handled all the household business and practically every detail of the family life, and insisted on calling the shots in our friendship, too.)

Hearing of Spokeo for the first time the other day, it was with some relish that I entered her name. I gave a start when her profile opened up. Yes, it was she: white, early 50s, loves reading. They have her address correct, except that she moved away in January. I don’t think her house was ever valued anywhere close to $1 million-plus, as stated. They call her a Libra when she’s a Scorpio by two days. And why would they say she’s not interested in politics when she invariably put up campaign signs for Democratic candidates in a very heavily Republican precinct? (She had a way of rather imprudently leading with her opinions and trying to reform and educate the poor blighters she found herself surrounded with, small-town folks, and as the result she was twice defeated for the school board in a district where it’s almost impossible to lose an election; the opposition must have started in the superintendent’s office and extended throughout the school system itself.)

I searched two other names and found one more profile. To that person, I sent a little advisory. But the philosopher will have to divine that she’s profiled on Spokeo.

Reconnecting with an old coworker: Early this week an envelope arrived from my friend Gregory Leo Stewart, of Santa Monica. It contained a note that he had sat down to write by hand and a photo from the Daily Breeze. The picture showed the Oceanaires vocal group. Greg had spotted our former coworker Jack Walton in the front row. We worked for the inimitable cue card king, Barney McNulty. I was employed by Barney’s company from 1979 to 1982. Jack was the guy who would read my little humor fanzine, Thudpucker, and say, “You might have something there if you brought it back to earth.” In those days of things being hurled at my head, that was the most thoughtful and constructive criticism I got.

Through the Oceanaires’ website, I sent off an e-mail with the subject line “Jack Walton out of Jail?” On Wednesday, Jack called and we spent a few minutes catching up on the last 28 years since I’d moved away from California. He sounded great. Jack said he’d continued working for Barney until the great man’s death in 2000. Since then Jack, who always had aspirations to croon professionally, has become involved with the Oceanaires and also sings in a ’60s and ’70s classic-rock band that recently played the House of Blues Sunset Strip. It was a thrill to hear from him and an inspiration to know he’s hung in there with his art. Having lived so far away from Los Angeles for such a long time, I never imagined I’d be able to reestablish contact with him or any others from the cue card days.