Battle Tested: I’ve kept these pens with me ever since 1982, when I left the service of the late, great Barney McNulty, the inventor of cue cards. He employed me for three years in Hollywood. We worked on Bob Hope’s specials, Carol Burnett’s summer series, the CBS telecast of the Rose Parade, and many more shows. A mainstay was “Days of Our Lives.”

Recently, I became Facebook friends with Barney’s widow Jill, son Keith and daughter Erin, and coworkers from those days, Jack Walton and Mike Glynn. While arranging my pens for the photo, I uncapped the red one for the first time in 28 years and was surprised when ink oozed out, filling the room with the refreshingly toxic smell of Flomaster’s finest, which I believe has been proscribed.

Searching for “Flomaster pens” led to a blog that calls them “the grand-daddy of today’s markers. The felt tips were replaceable and could be allowed to dry somewhat because there was a demand valve that metered the xylene-based ink.”

We printed two sets of cards with all the dialog for “Days.” As many as five or even six of us toiled in an obscure corner of Stage 9 at NBC. The ventilation was none too great. No one gave it a thought then, but we probably should have been wearing respirators.

Barney usually had bigger fish to fry, but on the rare occasion when he dropped by with new cards and supplies, he also brought a breath of fresh air.

His irrepressibility is unforgettable. When he came to my North Hollywood apartment at 4 a.m. for the Rose Parade call, he would grin through the dark and ask, “Ready to roll?” 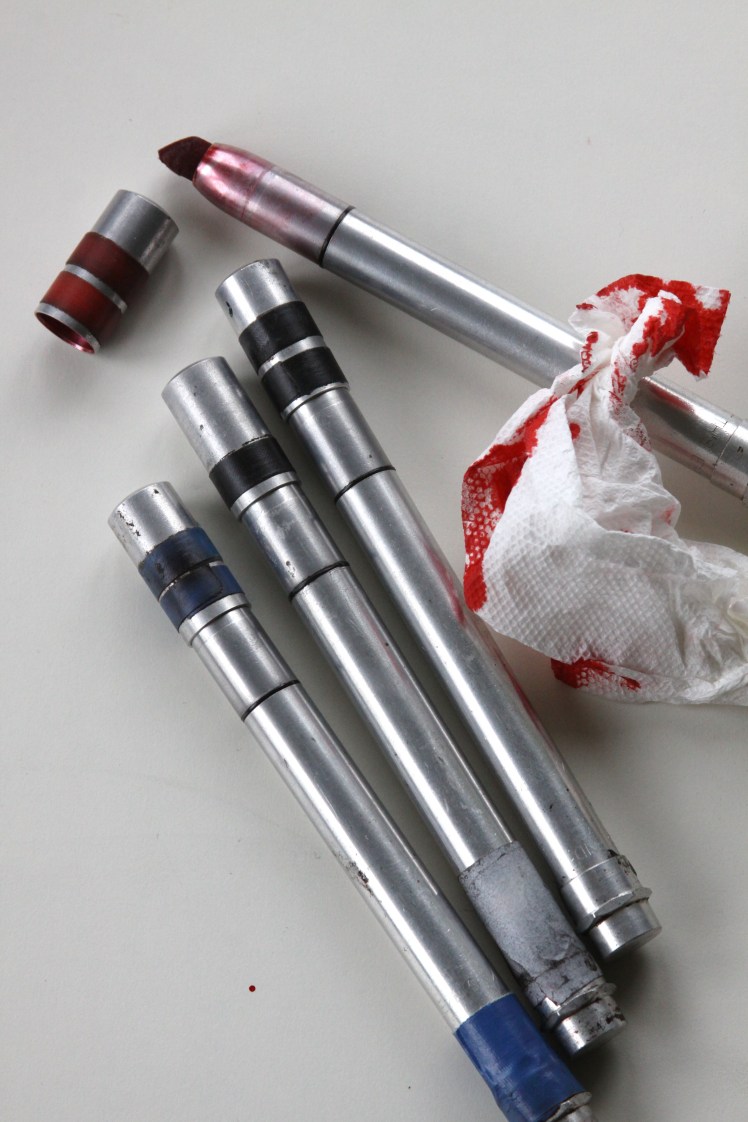