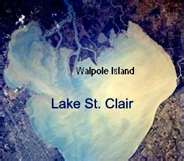 The following transcript comes from a telephone interview I conducted with Veda Anderson at her home in Pocatello, Idaho, on September 16, 2008, when she was 89 years old. She is now 92.

Baggy Paragraphs: Did you get a phone call?

Veda Anderson: No. They tried to protect me from phone calls. Kris [four-year-old Jane Kristen] was in nursery school at the time, and I went in to pick her up. As usual, we stopped on the way to have a treat and so forth. When I came home, parked in my driveway were two automobiles of two very good friends: Doctor [Albert C.] Kerlikowske, who lived next door, and Elwood [L.] Cushing. They were in my living room.

BP: Was this in Bloomfield?

VA: No, in Ann Arbor. We lived on Geddes Road in Ann Arbor. I walked into the living room and said, “To what do I owe this visit in the middle of the afternoon.” They both looked very solemn, so I said, “Did something happen to Harry?” Cush said, “Yes.” I said, “Is he all right?” They said, “No.” That was it. Kerli said, “You have to make some arrangements. You better have him sent to Detroit, because all his friends are there.” I said, “But he lives here, so bring him home.” Then another good friend of Harry’s, [George] Albert Lyon, of Lyon Manufacturing Company—we called him Uncle Burt—his chauffeur arrived, and a few other people, and we walked out into the kitchen—I had a living kitchen then; we called it a living kitchen because it had a fireplace and a lounge, and we lived there more than in the living room—and there was a woman sitting there, and I spoke to her. Cush said, “Do you know her?” I said, “No.” He said, “Who are you?” She said, “I’m with the Detroit News.” He said, “How did you get in this house?” She said, “I walked in the back door.” He said, “Leave, immediately!” She said, “Well, I came here to …” He booted her out. And then it started: people driving in my long driveway. They were all reporters. They had heard the news much earlier than I did. All the newspapers knew it. They knew it out West earlier than I did, because I wasn’t home. Nobody said anything to me until I got home. It happened early in the morning, and this was afternoon. The people started coming, and Cush and Kerli got rid of them as best they could. There was even a reporter up on top of my roof. And they were waiting for Harlow to come to talk to me. When the police released him in Canada, he started to Ann Arbor to talk to me. There were so many reporters following him that they made a wrong turn once and it took them an hour to turn around. The next morning—we had a big gate out on Geddes Road and there was a long driveway around the hill to our house; we were out in Superior Township—the next morning GM had somebody at the gate so that we had a little privacy.

BP: To keep the reporters out?

VA: Yeah. (Chuckles.) Kris had kind of the croup in the night, so I called Doctor Towsley, who was a pediatrician, and he owned the farm next door—Harry Towsley—and he had trouble getting into the house to see her because of the guards at the gate. And Harlow came. He was so distraught. It was really something. He hardly knew how to walk, how to talk. It was so difficult for him, and it was such a sad thing for him. In fact, he died two years later with a broken heart. He just didn’t snap out of it.

BP: Well, how could you?

VA: You couldn’t. Your best friend.

BP: And they really were best friends.

VA: Oh, yes, through the years, through the years—Harlow and Dorothy and their family. We tried to talk to him, that it was an accident. You know, you just don’t know what to say. But he was … the next day they came to me, well, that night, my attorney, Dick Cross, from Detroit, drove out and was there, and George Romney was on his way—he was president of American Motors then—the Romneys of course were our very dearest friends; he was in the airport when he heard about Harry, and he was on his way to a meeting in New York, but he canceled the meeting and came out and spent the whole time there.

BP: The day of the incident?

BP: The day of the shooting?

VA: Yes. Then he drove back to Bloomfield that night, and he and Lenore came again the next day.

BP: What could they say to you?

VA: Well, I was planning a funeral and I would have George Romney’s brother-in-law Karl [M.] Richards [an executive of the American Manufacturers Association] do the funeral for me. [Mormon funerals are conducted by lay members of the congregation.] He said, “Thanks for not asking me to do it. I wouldn’t have liked to give a sermon to the president of General Motors”—when he was the president of American Motors.

BP: I see some irony in that because he had been during those years preaching to General Motors about the size of their cars.

BP: Was your husband a member of the church?

VA: No, but almost. He contributed to the church, and another couple months and he would have been because he certainly read everything and believed everything about our church. He also gave General Motors stock for the property over where the temple is built now in Bloomfield.

BP: In order to make that purchase?

VA: Yeah. So he was involved, and he really believed it.

BP: Are you a lifelong member of the church.

VA: Pocatello, Idaho, where I am now.

BP: How did you ever come to Michigan?

VA: During World War Two, I was with the War Relocation Authority. I taught school in the relocation centers with the Japanese, and then when we closed the centers I was sent to Chicago first, then Cleveland, then Detroit to set up offices to bring the people out of the centers and into the workforce. I moved to Ann Arbor to set up the Adjutant General’s school in the Law School. There were some Japanese people there teaching the language, and I had an office in Ann Arbor. Then I went back to school after we closed the offices.

BP: You went back to school at the University of Michigan?

BP: And then you were working on a master’s degree, I take it?

VA: No. I had my master’s [bachelor’s degree from University of Utah, master’s from Stanford]. I was working on a Ph.D.

BP: Which you obtained?

BP: Tell me the story how you met your husband.

VA: I met him on the Snake River out here in Idaho. He was a lousy fisherman, and I was a good one.

BP: You helped him bait his hook or tie a fly?

VA: (Laughs.) No. We invited him over to the Slash E ranch; he and his friends were staying at another dude ranch that we thought was a Boy Scout camp. (Laughs.) And then he went back to Michigan. He started writing me. He wrote letters every day, and that was it.

BP: Was this in the early Fifties?

VA: No, that was in the Forties.

BP: During the war, or a little after?

VA: During the war.

BP: So even though you were here in Ann Arbor during the latter part of the war, you met your husband in Idaho?

BP: I guess I want to fast-forward a little bit to back beyond his death. Where was his funeral held?

VA: We held it in the Presbyterian Church because we [Mormons] just had that little church in Ann Arbor…over by Tappan School. I think they sold it to someone when they built the Green Road chapel.

BP: So you had the funeral at the Presbyterian Church on Washtenaw?

BP: So how did you get along after his death? How did you recover from the shock and grief?

BP: Did you ever remarry?

VA: No. When you’ve had one good one, you don’t need any others.

BP: You maintained your friendships also with the Romneys and everyone from General Motors?

BP: Were most of them in Bloomfield?

VA: Yes, most of them live over there. Well, the top officials, and most of the boys—I call them boys—the men on Harry’s staff were in Bloomfield Hills.

BP: Can you name a couple of examples?

BP: I guess I don’t know those names. Your husband was vice president of what?

VA: Personnel and labor relations. He’s the one who dealt with Walter Reuther all the time.

BP: And so as far as the Knudsens, what part did they play in your life after the 1960s?

BP: You would see them several times a year?

VA: At parties in Bloomfield and they were always with all the GM folks.

VA: Oh, she was a fabulous gal. Really, really lovely. Down to earth with a lovely family. Well, I don’t know how to describe her except that she was very knowledgeable and very much a good wife to Bunkie. They had a beautiful home before they sold and moved into the condo. It was out on Twelve Mile Road, as I remember.

VA: Yeah. And she enjoyed every single thing about the property. Her Christmas cards were always pictures of a beautiful tree that she could see from her bedroom or something like that.

BP: They played golf and went bowling a lot.

VA: And as they grew older, they were very dear friends to the Romneys because they were neighbors. Last time I saw either one of them was at George’s funeral. And then I went over to Bloomfield to the funeral of another dear friend of mine, or I was going to Mount Clemens, and it was the same day as Bunkie’s funeral and the same time, so I couldn’t attend.

BP: How would characterize Bunkie Knudsen in informal settings: what was his primary characteristic?

VA: He was very outgoing. He had a great sense of humor. The thing that I remember most is how he treated me. You know, when you’re a widow, in lots of circles, they still go with just couples. But he would include me in everything. They were just that kind of friends. He loved his family. He was a great family man. I’m sure he was a wonderful worker in his own field, too. I didn’t ask for the use of an automobile if I would go anyplace, but if he found that I was going on a trip, he’d say, “Can we get an automobile for you? Can we furnish that for you?” I missed him when I was there last month. I had to rent a car.

BP: The last thing I would like to ask today: He went out somewhat spectacularly from General Motors in 1968.

VA: He went to Ford.

BP: What was the buzz about it at the time.

VA: Well, I think most of the people I knew thought he should be the president. When it became Eddie Cole, I think he was terribly disappointed because he was next in line, really, and he was the one who should have been. Very few people around that I knew, knew Ed. He was in a whole different group. It seemed that…to me, that was the beginning of the end.

Link to Harlow Curtice letters on this blog.